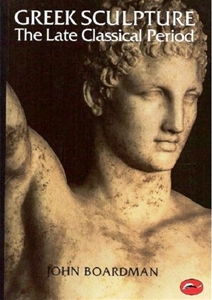 This sequel to Sir John Boardman's widely acclaimed handbooks on Greek sculpture of the Archaic and Classical periods brings the story down through the fourth century BC to the days of Alexander the Great.
The author discusses the innovations of the period – the female nude and portraiture – many important monuments, including the Mausoleum at Halikarnassos, and several of the great names such as Praxiteles and Lysippus who were lionised by later generations.
Complementing the other handbooks this volume also presents Greek sculpture made in the colonies of Italy and Sicily from the Archaic period onwards, as well as that made for eastern, non-Greek rulers.