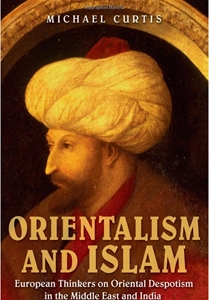 Orientalism and Islam: European Thinkers on Oriental Despotism in the Middle East and India

Through an historical analysis of the theme of Oriental despotism, Michael Curtis reveals the complex positive and negative interaction between Europe and the Orient. The book also criticizes the misconception that the Orient was the constant victim of Western imperialism and the view that Westerners cannot comment objectively on Eastern and Muslim societies. The book views the European concept of Oriental despotism as based not on arbitrary prejudicial observation, but rather on perceptions of real processes and behavior in Eastern systems of government. Curtis considers how the concept developed and was expressed in the context of Western political thought and intellectual history, and of the changing realities in the Middle East and India. The book includes discussion of the observations of Western travelers in Muslim countries and analysis of the reflections of six major thinkers: Montesquieu, Edmund Burke, Tocqueville, James and John Stuart Mill, Karl Marx, and Max Weber.