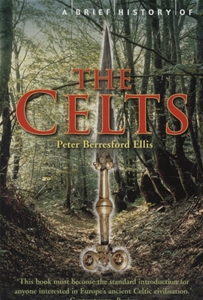 By the third century B.C., at the height of their greatest expansion, the Celts had spread from their Rhineland home as far west as Ireland and east to Turkey's central plain, as far north as Belgium and south to Cadiz in Spain. They had crossed the Alps and defeated the armies of the Etruscan empire and had occupied Rome and invaded the Greek peninsula. Formidable warriors armed with iron weapons, they would find their way to Egypt and into Queen Cleopatra's elite bodyguard. Tracking the progress of the Celts through the ancient world, this compelling history celebrates more than their warfare, for the Celts also developed agricultural techniques that even the Romans adopted. They cut the first roads through impenetrable European forests, displayed exuberant genius in their metalwork, monumental stone carvings, glassware, and jewelry, exerted influence on Greek philosophers and Roman surgeons, and made Irish the third literary language of Europe, after Latin and Greek. Bringing new material from anthropology and archaeology to this engaging illustrated survey, Ellis explores the remarkable achievements of a people who have survived three millennia, their heritors the Irish, Manx, Scots, Welsh, Cornish, and Bretons who speak a Celtic tongue to this day.