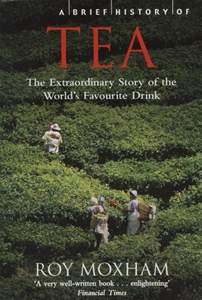 A Brief History of Tea

Behind the wholesome image of the world's most popular drink lies a strangely murky and often violent past. When tea began to be imported into the West from China in the seventeenth century, its high price and heavy taxes made it an immediate target for smuggling and dispute at every level, culminating in international incidents like the notorious Boston Tea Party. In China itself the British financed their tea dealings by the ruthless imposition of the opium trade. Intrepid British tea planters soon began flocking to India, Ceylon and Africa, setting up huge plantations; often workers were bought and sold like slaves. Roy Moxham's account of this extraordinary history begins with his own sojourn in Africa, managing 500 acres of tea and a thousand-strong workforce. His experiences inform the book and led him to investigate the early history of tea - and the results of his researches reflect little credit on the British Empire, while often revealing a fascinating world story.