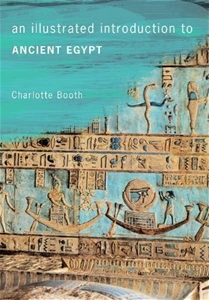 An Illustrated Introduction to Ancient Egypt

The ancient Egyptians were not that different from people today and were driven by love, romance, good health and family. They got drunk and had hangovers and ‘called in sick’ to work, with elaborate excuses. They suffered with familiar illnesses and were treated with not-so-familiar remedies. The environment the Egyptians lived in formed their religious beliefs, their diet, and the way they lived and died. This introduction to ancient Egypt covers all the major aspects of religion, daily life, childhood, politics and finally death rites, through the words and possessions of the people who lived there.