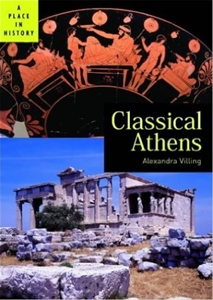 This book is an introduction to the city of Athens, its history and its monuments. Its focus is 5th century Athens, the time of the city's heyday. The influence and importance of the city during this period reverberates through the centuries to the present day. As one of the dominant powers in the Mediterranean, Athens became the archetypal Classical city, and its monuments and temples stand as a testament to the glory of the city and its people. This book is structured as a progressive tour that physically takes the visitor through Athens, starting on the Acropolis, moving down the slopes through the Agora, through the city's narrow alleyways past houses, shops and sanctuaries, up to the city gates and beyond, to the Kerameikos cemetery, and finally to the city's harbour, Piraeus. As each chapter provides an interesting and informative introduction to the main areas of Classical Athens it can be used as a reference guide to areas of particular interest as well as a tour. This book can be used as a guide whilst walking the streets of Athens, or sitting at home in an armchair.