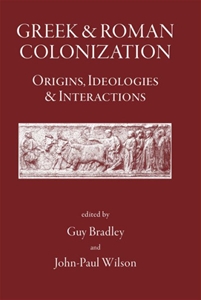 The term colonization encompasses much diversity, from the settlement of the western Mediterranean and the Black Sea by Greeks in the archaic period to the foundation of Roman colonies in mainland Italy during the Republic. Though very different in their motives and methods, both Greek and Roman colonizations are presented by our sources as organized and clearly defined processes, within which internal and external relations were firmly delineated. This volume contains six new studies, two Greek and four Roman. Contributors employ historiographical, comparative and post-colonial approaches to question ancient constructs. The book contains detailed case-studies as well as synoptic treatments. Contributors build on recent research in Greek and Roman history to show how ideologies of colonization develop and come to dominate the historical record.