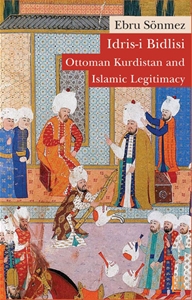 Ebru Sönmez' study deals with two developments that were of central significance for Ottoman history in the sixteenth century and beyond. Both of them continue to be hot button issues after almost five hundred years: the incorporation of northern, southern, and western Kurdistan into the Ottoman Empire and the assumption of a staunchly Sunni identity by the Ottomans in response to the political threat posed by the Safavids who claimed a Shi'ite identity. Sönmez' book is centered on Idris Bidlisi (d. 1520), a Persianate scholar whose family originates from Bidlis, a Kurdish political center in the fifteenth century. After providing an account of Bidlisi's life, the second part of Sönmez' work focuses on Bidlisi's diplomatic role in attracting the military and political allegiances of the Kurdish lords to the Ottoman center. For anyone who is interested in the history of Kurdistan and the Ottoman approach to ethnic politics, this part is a must-read. In the third part of her book, Sönmez discusses Bidlisi's political writings, focusing on the question of the legitimacy of Ottoman rule for a Muslim audience. She demonstrates that many of the Ottoman claims to Sunni caliphal legitimacy which were put forward during the reign of Süleyman the Magnificent (1520-66) were foreshadowed in Bidlisi's writings as he theorized the rise of Selim I (1512-20) to the leadership of the Islamic world. This part of her book would be of interest both to scholars of Ottoman and Islamic political thought, and those who are interested in the historical roots of the Turkish style of secularism which, rather than separating religion and the state, prefers to bring the former under the control of the latter.