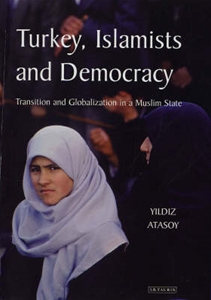 Turkey, Islamists and Democracy: Transition and Globalization in a Muslim State

Trailblazing study that radically re-examines political Islam Political Islam in Turkey has been headline news following the Istanbul bombings Much needed study of the economic dimensions of political Islam Turkey, Islamists and Democracy is the story of Islam's engagement with the reorganization of the global economy. Yildiz Atasoy examines the development of political Islam in Turkey within the context of the changing balance of domestic and international forces in the world economy and shows how it has taken on a highly sophisticated, cosmopolitan edge. By examining the incorporation of Islam into the existing relations of the Turkish state from the late Ottoman Empire to the present day, the author demonstrates how political Islam interacts with the global restructuring of classes, states and political actors. Atasoy challenges the view of Islamist politics as an anti-Modern, anti-Western force that is fundamentally opposed to the global economy and instead argues that political Islam is cosmopolitan and embedded in processes which incorporate Western modernity into local cultural practices.