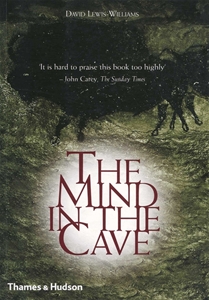 The Mind in the Cave Consciousness and the Origins of Art

The breathtakingly beautiful art created deep inside the caves of western Europe in the late Ice Age provokes awe and wonder in equal measure. What do these animals and symbols, depicted on the walls of caves such as Lascaux, Chauvet and Altamira, tell us about the nature of the ancestral mind? How did these images spring, sophisticated and fully formed, seemingly from nowhere into the human story?
The Mind in the Cave puts forward the most plausible explanation yet proposed for the origins of image-making and art. David Lewis-Williams skilfully interweaves a lifetime of anthropological research with the most recent neurological insights to offer a convincing account of how we became human and, in the process, began to make art.
This is a masterful piece of detective work, casting light on the darkest mysteries of our earliest ancestors and on the nature of our own consciousness and experience.